When is the Best Time to Look for a Job?

Finding a job can be overwhelming.

Landing your next role can even feel like a second job. During August 2019, the Bureau of Labor Statistics reported that the average duration of unemployment was 22 weeks. That’s nearly five months of work to land a job and twice as long as it took Christopher Columbus to sail to the Americas.

There’s no doubt job seekers spend countless hours while on the hunt for their next career opportunity. Optimizing your professional brand, creating a compelling resume and applying for jobs require a tremendous amount of work.

Now more than ever, timing can be critical when getting your resume in front of the right person at the right moment.

Many of us often ask: When is the best time to look for a job?

Luckily, there’s hiring data you can leverage to maximize your job search. Check out these data-driven optimal times below.

The best times to look for a job

As the year rolls in, it may be in your best interest to start your job search in January.

January reportedly is the busiest month for employment search, according to Monster’s 2018 Year in Jobs Report. In fact, eight out of the top 10 days for job searching occurs in the first month of the year.

So, why is January such a peak time of year? Seasonal occurrences may be of some influence. During the beginning months of the year, employees return from holiday vacation, and companies begin to ramp up to achieve goals for the new year.

At the start of the year, new company budgets have been established and hiring managers are empowered to fill positions since money is typically available. This hiring activity differs dramatically compared to the end of the year hiring period, as talent acquisition declines amid dwindling funds.

Experts suggest applying for jobs in mid-January once business is back in full gear.

Other thoughts behind this phenomenon include the general cultural attitudes surrounding the previous year’s close and the new year. As people often live out the mantra, “new year, new job,” companies may experience increased talent demand stemming from employee departure.

Ready to fall into a new career? (Pun intended.)

If so, the leaves changing color may indicate it’s time to shed your job. According to research, the season of pumpkin-spice and football are great months to find a new gig.

In October, hiring is at an all-time high on LinkedIn compared to any other month, the social networking site reports. Moreover, hiring times are shorter, with a whopping 89% of hiring managers filling a role in less than four weeks.

Employment cycles during fall typically peak due to the end of summer vacations. Once people return to the office, it allows interview scheduling to run smoothly. Nonetheless, companies increase hiring efforts to fill vacant roles before budgets close and the holiday season arrives. Employers might also seek talent to achieve year-end goals.

With hiring in full swing and a shortened process, take advantage of the fall season while your competition comes off of summer break.

While seasonality plays a big part in hiring trends, there are optimal times of the day to apply for jobs.

TalentWorks reports that applications received after 7:30 p.m. are less than 3% likely to make it to the interview round. While job seekers often apply for positions after their 9-to-5 jobs, the same analysis reported that applicants also had a reduced chance for call-backs at 5% or less.

While afternoon and evening hours seem to be at odds with getting to the top of the resume stack, TalentWorks did find that 6 to 10 a.m. is the best time to send a job application, increasing the likelihood of job seekers securing an interview by 5x. Every 30 minutes after decreases the odds by 10%.

Be sure that your resume hits an employer’s desk either first thing in the morning or right before lunchtime.

While the start of the workday may be in your favor to send applications, you may be wondering:

What’s the best day and time of the week to find a job?

It isn’t Monday despite popular belief. A study conducted by SmartRecruiters examined more than 270,000 jobs over two years and found that Tuesday at 11 a.m. is ripe with job promise. While this is an oddly specific time, research has proven that the longer you wait to apply to a role, the less your odds are for landing a job.

The age-old saying, “The early bird gets the worm” has never been truer for the job search. It’s generally a best practice to apply early when a job is first posted.

A TalentWorks survey found that candidates who submitted applications within 96 hours of a job posting were 8x more likely to schedule an interview.

It was also discovered that by applying within four days of a job posting, candidates had a higher chance of beating their competition by 64.7%, according to SmartRecruiters.

Undeniably, if job seekers want to avoid the infamous resume black hole, they need to apply as soon as possible. To be cognizant of your timing when applying to roles, check the time stamp listed on job postings. These dates can be found in various placements, but it’s always in your best interest to take note of them to ensure you’re optimizing your job search.

If you’re considering the job search, time is of the essence. It’s essential to seize the day. Unemployment is at a historic record low of 3.7%, according to the BLS.

Hiring is in full effect, and that puts job seekers in the driver’s seat. That means competitive compensation, employee-focused work environments and efficient hiring processes for candidates.

So, get out there today. Hit the ground running and snag the perfect job for you!

Get help searching for jobs today

Searching for a role requires thoughtful strategy. While knowing the best times to look for a job is critical to the hunt, there are many other factors to consider. Get the definitive guide to mastering the interview and accepting the job offer as well as the latest tips from hiring experts in our 2020 Job Search Guide. 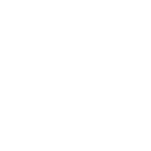