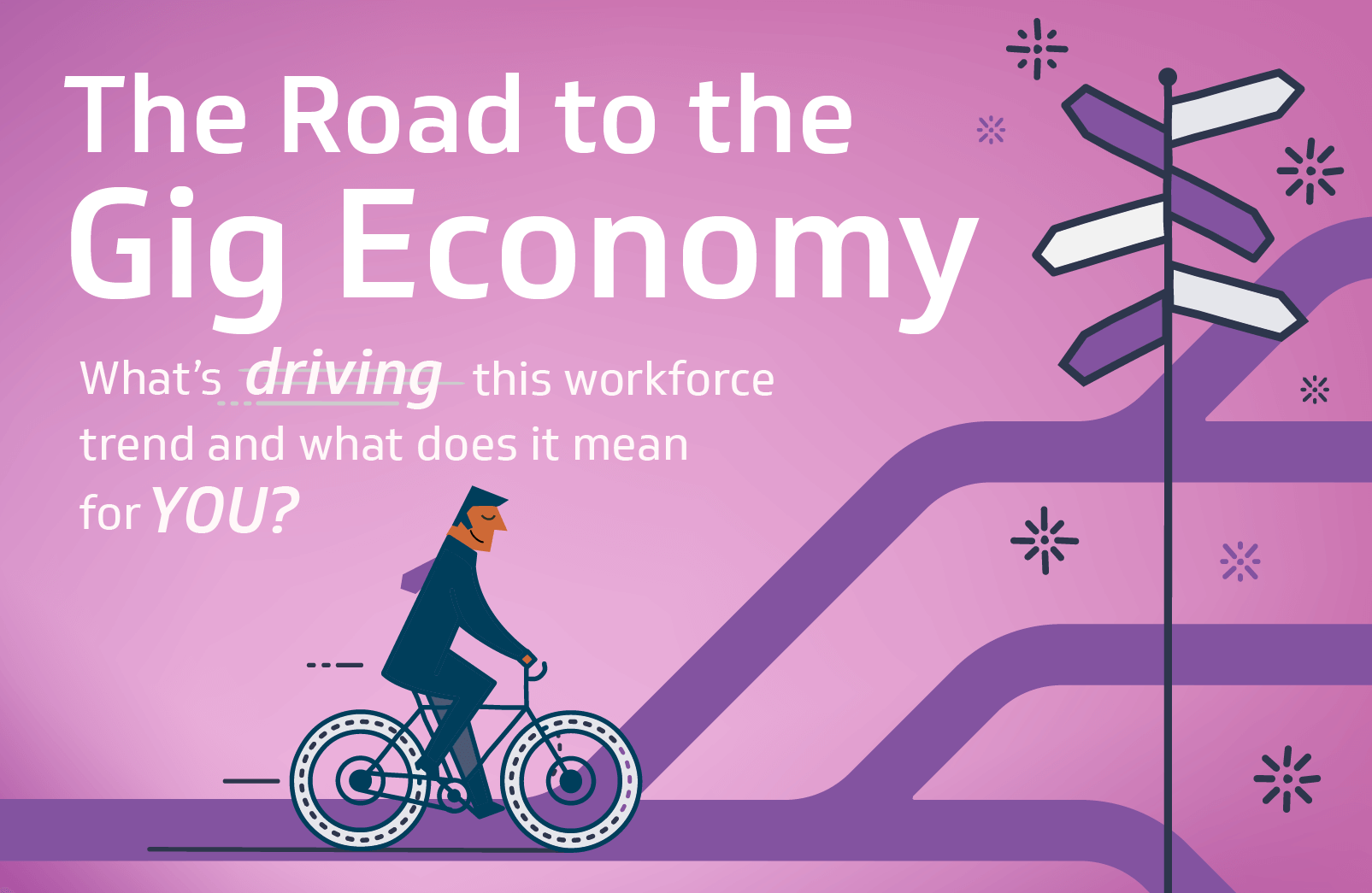 (Before continuing, please visualize a 3-bedroom, 2-bath ranch-style home with loads of shag carpet, tacky wallpaper and avocado-colored Formica countertops.) Frank’s alarm rings wildly at 6:00 am and it’s time to get ready for work – at the same company he’s been at for the past 20 years. He puts on his suit, grabs his brown bag lunch from the kitchen and pauses at the door while his wife straightens his tie. Frank is your typical baby boomer. He has a traditional 9-5 office job, dreams of climbing the corporate ladder, and of course plans on retiring at the age of 65 with a full pension based on his 40 years of loyal service to his company.

Frank is retired now. Though his daughter Katie admires everything her dad has accomplished during the last four decades, she cannot imagine staying at the same company for even a fraction of that time. The longest she has stayed at a company is three years, and she feels moving from job to job has helped her stay current and keep her skills sharp.

Gone are the days of 9-5 jobs, spending countless hours commuting, lengthy tenure at one company, and traditional career paths. Say ‘hello’ to the rising gig economy where  43% of American workers will be active participants in the on-demand workforce, according to an Intuit fo­­recast.

There isn’t an official definition of the “gig economy.” A “gig” often describes a single project for which a worker is hired to work on-demand. On-demand work isn’t a new concept. In fact, the temporary help industry has existed in the United States since the 1930’s with the term “contingent work” becoming widely used in the mid- 1980’s. The United States Department of Labor cites that on-demand employment between 1982 and 2000 grew from 400,000 people to 3.5 million.

If on-demand (“gig”) work is nothing new, why all the hype?  Let’s explore some of the numerous factors and workplace trends that are driving the “gig economy.”

In today’s world, organizations must be lean and agile in order to maintain or gain a competitive advantage. They are less hierarchical in structure and tend to be organized around strategic initiatives and innovative projects. Traditional workers’ career paths are phasing out and being replaced with temporary jobs focused on skill set. Results of a survey by Deloitte show that almost half of executives expect to significantly increase the use of contingent workers in the next three to five years.

More than ever, it’s all about the right talent, at the right time, to solve the right problem. In a recent article by Fast Company, a business journalist wrote “An increase in the number of in-house professionals with fragmented skill-sets as a result of technological change will increase pressure on companies to tap into highly specialized talent that has chosen to operate in the independent consulting (gig) marketplace instead of at traditional firms.”

It’s expected that within the next decade, we could lose up to 40% of the workforce due to Baby Boomers retiring. This could create a significant loss of talent which will need to be replaced but the Gen-X-ers and Gen-Y-ers as well as the Millennials have a much different concept of how they want to work. As the largest generation represented in the workforce today, it is reported that 92% of millennials want to work remotely and 87% want to choose their own hours. Millennials crave the work life balance and contract work allows them to be their own boss and help make ends meet therefore feeding this gig economy.

Technology is everywhere and advancing at lightning speed. Artificial Intelligence, the “Internet of Things”, Virtual Reality and smart mobile devices are not only changing the physical workplace but the entire way we do business. Virtual Reality has changed the way the workplace collaborates in this gig economy, connecting workers in conference rooms to those working remotely. Artificial Intelligence will become more routine and integrated into the workplace. Siri-like technology will no longer be just for playing your music playlists or asking it to tell you a joke. Many experts say this AI technology will completely transform the way we work. In the age of innovation and digital disruption, the nature of jobs and work itself is changing at the same time allowing the gig economy to flourish.

If you’re working in the gig economy, it’s all about re-skilling. Developing a core portfolio of portable skills and deep subject matter expertise is critical, but that’s not all. To truly capitalize on this gig economy, we can’t discredit soft skills such as critical thinking, creativity, communication and foresight.

If you’re hiring in the gig economy, it’s all about being agile. You must have a model that is conducive to quickly identifying work and strategic projects/initiatives and then be able to plug in specialized talent to accelerate revenue.